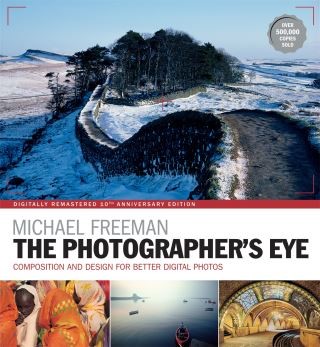 Design is the single most important factor in creating a successful photograph. The ability to see the potential for a strong picture and then organize the graphic elements into an effective, compelling composition has always been one of the key skills in making photographs. Of course, digital photography has brought a new, exciting aspect to design first because the instant feedback from a digital camera allows immediate appraisal and improvement; and second because image-editing tools make it possible to alter and enhance the design after the shutter has been pressed. This has had a profound effect on the way digital photographers take pictures. The Photographers Eye shows how anyone can develop an eye for seeing great digital photos. The book explores all the traditional approaches to composition and design, but crucially, it also addresses the new digital technique of shooting in the knowledge that a picture will later be edited, manipulated, or montaged to result in a final image that may be very different from the one seen in the viewfinder.

Michael Freeman: Michael Freeman, professional photographer and author, with 135 book titles to his credit, was born in England in 1945, took a Masters in Geography at Brasenose College, Oxford University, and then worked in advertising in London for six years. He made the break from there in 1971 to travel up the Amazon with two secondhand cameras, and when Time-Life used many of the pictures extensively in the Amazon volume of their World's Wild Places series, including the cover, they encouraged him to begin a full-time photographic career. Since then, working for editorial clients that include all the world's major magazines, and notably the Smithsonian Magazine (with which he has had a 30-year association, shooting more than 40 stories), Freeman's reputation has been consolidated as one of the leading reportage photographers. Of his many books, which have sold 4 million copies worldwide, more than 60 titles are on the practice of photography - for this photographic educational work he was awarded the Prix Louis Philippe Clerc by the French Ministry of Culture, and he is the world's leading author on photographic practice. Having been for many years responsible for the distance-learning courses on photography at the UK's Open College of the Arts, Freeman now runs a monthly online Photography Foundation Course at http://www.my-photo-school.com/course/michael-freemans-the-photographers-eye/ Freeman's books on photography have been translated into 27 languages, and are available on all other Amazon international sites.